Steps in valuation of GP and LP interests in Private Equity Funds, and why the capital account balance is not always a reliable indication of the value of the interest.

When valuing general partner (GP) and limited partner (LP) interests in private equity funds, specifically those in the early stages, a question arises as how to value the future benefits from the fund when little is known about the fund’s future performance.

The document most readily available and often held as the only reliable indicator of the interest’s value is the partner’s capital account statement. While this document may provide a somewhat reliable representation of the value of a partnership interest in the case of a mature fund, it can significantly understate the value of an interest in an early-stage fund.

A Private Equity (PE) fund interest holder’s capital account statement, just like a capital account statement of a hedge fund interest holder, provides a snapshot in time of the fair value of the partner’s portion of the fund’s holdings. However, compared with the hedge fund interests, which are listed at their current market value while having certain withdrawal restrictions, a PE fund’s holdings are completely illiquid until realized, meaning, though they have a listed fair value, the investments are locked in for the remainder of the fund period, therefore making their value inaccessible to the owner at that time. Moreover, if we peeked at this fund’s statement at the early stages of its life, before the investments were even acquired, we would likely observe just the  small amount of cash contributed by the partner for the initial fund expenses, despite the fact that the total committed capital had already been locked in.

Let’s dig a bit deeper and see how the stage of the fund translates to value. Let’s examine a hypothetical PE fund at the beginning and end of its lifecycle.

Now let’s compare the details of the capital account statements for a partnership interest with a $1 million capital commitment to our hypothetical fund at different stages of the fund’s term. Table I presents a side-by-side comparison of typical GP capital account statement disclosures. It illustrates how our subject interest would likely appear in the statements at the beginning and end stages of the fund’s life.[2]

As Table I illustrates, a typical capital account statement shows the interest holder’s capital at the beginning of the period, the change in the account during the period, and capital at the end of the period. The change in the account balance consists of capital contributions, distributions from investment realizations, and change in the fair value of the investments not yet realized. Capital committed by the member and capital remaining to be called are usually also noted. In the abbreviated example of the statements, the ending capital balance represents the implied value of the account.

First look at the fund at the end of its term—the period represented by the statement on the right of Table I. At this time, the fund is in its liquidation phase. All committed capital has been contributed. The fund has realized all its investments and has distributed most proceeds. We can see that there were no contributions or distributions in the current period, and almost no change in the account balance value. This fund has nothing left to realize; therefore, its implied account value accurately represents the amount attributable to the capital account holder at the date of the statement. Well, that was pretty simple.

The statement on the left of Table I, representing the first year of the fund’s life, depicts a different picture. It shows no balance in the beginning of the period and a relatively small amount of capital contributed during the period and inception-to-date (initial fund expenses). We can also see that no distributions have been made, no value appreciation has been achieved, and most of the committed capital is yet to be called. The young fund is ramping up to make its first investment, and the implied value of our capital account holder’s interest appears to be represented by the amount of the first contribution, adjusted for loss, or $31,000. But is it all that the account is worth at this time?

Not likely. As noted on the statement, the partner’s commitment of $1 million has been locked in, and the investment strategy has been mapped out. At this stage, the fund still has a lot of “dry powder”[3] left. Thus, assuming even modest investment performance and properly accounting for risk, the present value of the expected cash flows (i.e., value of the capital account) would likely be different from the reported balance of the account if all future cash flows were considered. Existing information about the expected number of investments, their acquisition and disposition time periods, and projected returns and fund expenses (obtained from the fund manager) should provide the necessary data to model out the fund’s cash flows through the end of its term. Here’s how to do that.

Let’s assume that we caught this fund in its newly formed stage at the end of 2019. The illustration below depicts how we would model the cash flows in the future, using the assumptions adopted earlier in this discussion.

The actual term of the fund is governed by the fund’s partnership agreement, but for the purposes of this discussion we will assume that the term is 10 years immediately following the final closing date[4]. As seen in Table II, the fund will make all investments within a five-year investment period[5] beginning at the end of 2019 and ending in the last quarter of 2024. The fund will hold its investments for five to seven years, with first realizations starting to occur in 2025. Let’s now pause for a second and remember—all this information is already available at the time we are looking at the statement on the left of Table I. Following the valuation principle of “known and knowable” information at the time of the valuation date, we can apply all that we know to project the fund’s expected cash flows into the future.

Having estimated the fund-level cash flows throughout the fund’s term, it is necessary now to allocate the proceeds between the LPs and the GPs according to the distribution waterfall schedule established by the fund’s organizational document. The waterfall structure used for this illustration is depicted in Table III. We are using a basic structure that assumes an 8% hurdle rate, 10% GP catch-up, and 80%/20% split thereafter.

Allocation of the investment proceeds corresponding to the assumed waterfall structure, applied to our fund at the newly formed stage, is presented below.

Having modeled the fund’s future cash flows and allocated them between the LPs and the GP, we can now apply a discounted cash flow (DCF) method to calculate the present value of the subject interest.

After properly accounting for risk associated with the realization of the investments, outperforming the hurdle rate, and achieving the targeted investment results,[6] the DCF analysis for the GP interest in our fund would look as presented in Table IV.

We can see that the value of 5% GP interest, represented by the capital account statement shown on the left of Table I, as of the end of 2019, is $1.45 million—a significant difference from $31,000, which would have otherwise been extracted from the capital account balance statement alone.

Now, if we were to peek at this fund anywhere in the middle of its lifecycle, many factors, including the timing of cash flows, specific waterfall structure, applicable tax rates, discount rate used, etc., would affect the capital account’s value at that time. Therefore, it is difficult to predict exactly how its value would compare to the implied value represented by the statement. However, keep in mind that even if all investments have already been made, have appreciated, and are about to be sold, the balance of the account at any period in time reflects the holder’s share of the fair value of the investments held and planned to be realized over the remainder of the fund’s term. Let’s not forget that, at this time, that value is inaccessible to the investor. It is likely that the fair value of assets will change during the realization period, and profitable dispositions of the assets over that period are uncertain. Thus, we would be in a similar situation as we were with the newly formed fund, when the cash flows are expected in the future and are subject to risk.[7] Therefore, we would follow the procedure we used for this fund at the beginning of its life and consider the timing and amounts of the cash flows that have already happened and those still anticipated to occur. If any cash flows are expected in the future, a DCF analysis would typically be the preferred method for estimating the value of the account.

In summary, PE funds are investment vehicles that secure partners’ capital to make investments and, thereafter, distribute proceeds back to the partners when investments are sold. It is important to consider that until the realization period begins, the investments are illiquid, and their fair value stated on the fund’s financial statement would likely differ from the amount realized from the sale of those investments. Therefore, if there is an expectation of any cash flows in the future, the dollar amount, the timing, and the risk of those cash flows should be considered. Thus, the capital account balance, as a snapshot in time, may not provide a reliable indication of the value of a partnership interest in the fund.

[1] Carry refers to carried interest, which is GP’s share of profit from the realizations of fund investments.

[2] The statements are simplified, only showing data relevant to our discussion.

[3] “Dry powder” refers to unused capital commitments, which are still available to be called.

[4] Final closing date refers to the date when the last limited partner is admitted and/or the last capital commitment is made, which typically happens within one year of the fund initiation.

[5] Actual time of the investment period is governed by the fund’s organizational documents. 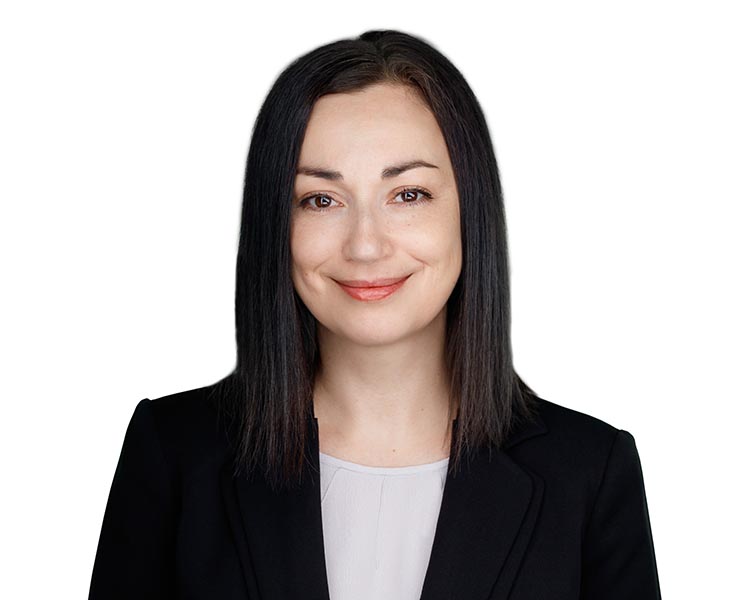 Prior to joining Intrinsic, Darya worked as a Senior Valuation Analyst at Marcum, where she was involved in valuation projects for the purposes of management planning, estate and gift tax matters, mergers and acquisitions and litigation. She is a candidate for the Accredited Senior Appraiser certification of the American Society of Appraisers.