Fairness Opinions to be Required for Advisor-Led Secondary Transactions

In early 2022, the U.S. Securities and Exchange Commission (SEC) voted 3-1 to propose new rules and amendments under the Investment Advisors Act of 1940 (Advisors Act), which the dissenting Commissioner categorized as a “sea change”, that would have a significant impact on private fund advisers.[1] The proposed reforms signal that the regulatory pendulum at the SEC is swinging towards more oversight of the more than $18 trillion in private fund assets. Some believe that this higher scrutiny is a result of the fact that state, municipal and private pension plans count themselves among the largest investors in private funds, which has implications for the retirement funds of millions of Americans.

In what may be a surprise to some, the sweeping rules are not limited simply to investment advisers registered with the SEC. Many aspects of the proposals also apply to private fund advisers that currently rely on exemptions from SEC registration. In addition, there are no grandfathering provisions, meaning the proposed rules would apply to existing funds and advisers who negotiated terms with investors before these new rules were adopted.

Among other changes, the proposed reforms would:[2]

While there is much to learn about all the proposals, this article focuses on those that relate to adviser-led secondary transactions.

Adviser-Led Secondary Transactions to be Reported within One Business Day

In making its new proposals, the SEC noted that advisers have become increasingly active in the secondary market in recent years and general partner (GP) led transactions trigger inherent conflicts where the adviser is typically on both the buy side and sell side of the transaction. Because an adviser may have the opportunity to earn economic and other benefits, such as additional management fees or carried interest (that are conditioned upon the closing of the transaction), the SEC is focused on mitigating the potential influence such interests may have on a transaction. The SEC is less concerned about “investor-led” secondary transactions because they are initiated by investors themselves and the GP is traditionally only a consent party.

The SEC proposed that Form PF (private fund) amendments would require an adviser to report any GP-led transaction within one business day of completion. The report would need to include the date of completion and a description of the transaction. The indicated purpose of the rule is to assist the SEC with identifying GP-led transactions quicker. The one-business-day requirement also appears to be a signal of the potential for more frequent SEC examinations as it increases its focus on the GP-led secondaries market. It’s not clear whether requiring an adviser to report a GP-led transaction within one day following its completion would facilitate this goal, given the potential for confusion when the closing period between signing of the transaction agreement and the underlying asset sale may extend multiple months or when the transaction includes multiple closing dates.

Fairness Opinions to be Required for Adviser-Led Secondaries

To mitigate an adviser’s potential conflict of interest in such circumstances, the new SEC rule would require opinions to be issued only by an independent opinion provider. The SEC defines an independent opinion provider as an entity that provides fairness opinions in the ordinary course of its business and is not a related person of the adviser. The “ordinary course of business” aspect of the definition mainly corresponds to those with the expertise to value illiquid and esoteric assets based on relevant criteria. The proposal also would require the adviser to prepare and distribute to the private fund investors a summary of any material business relationships the independent opinion provider has or has had within the past two years with the adviser or any of its related persons. Such disclosures are already a best practice in rendering fairness opinions but will finally be codified by the SEC. Determining whether a business relationship is material requires a facts and circumstances analysis, but the SEC noted that auditing, consulting, capital raising, investment banking and other similar services would generally qualify as material relationships. In the eyes of the SEC, a fairness opinion and the related disclosures would provide an important check against an adviser’s inherent conflicts of interest in structuring and leading a transaction from which it may stand to profit at the expense of the limited partner (LP) investors.

Further, as is already standard best practice, a fairness opinion would need to be in writing and state that the price being offered to the fund for any assets being sold as part of a GP-led transaction is fair. Unlike a third-party valuation, a fairness opinion is an evaluation of the legitimacy of the price being offered, not the value of the target assets. A fairness opinion will opine on whether the price is fair but would not ensure the highest price to the fund’s selling investors. The SEC would require this opinion to be obtained on behalf of the fund, not the fund investors. Under the current draft, even in a tender-offer the fairness opinion would be obtained for the fund and not such investors despite the capital being directly provided to the investors by the GP. This draft proposal presents a question as to whether requiring a fairness opinion aligns with certain characteristics of a tender offer, such as the fact that these transactions are traditionally led by unaffiliated third-party buyers rather than the adviser.

The fairness opinion requirement would not apply to advisers that are not required to register with the SEC, such as state-registered advisers and exempt reporting advisers. The pending rule also permits the fairness opinion be rendered on a non-reliance basis, which means there is no private right of action for the fund against the opinion provider. On the other hand, if a reliance opinion were required it could significantly increase the cost of obtaining a fairness opinion. Under the proposed rule, a fairness opinion would still be required even where an adviser is able to provide assurance around price using other methods, such as a competitive sale process resulting in a third-party buyer.

The SEC has requested comment on the proposed rule, including whether an adviser that conducts a competitive sale process for the assets being sold should still be required to obtain a fairness opinion and whether there are other price discovery processes that could protect investors. The Proposed Rules are subject to public review and comment until June 13, 2022. The SEC has proposed a transition period of one year following the issuance of final rules to provide private fund advisers with time to come into compliance with the proposed rules. 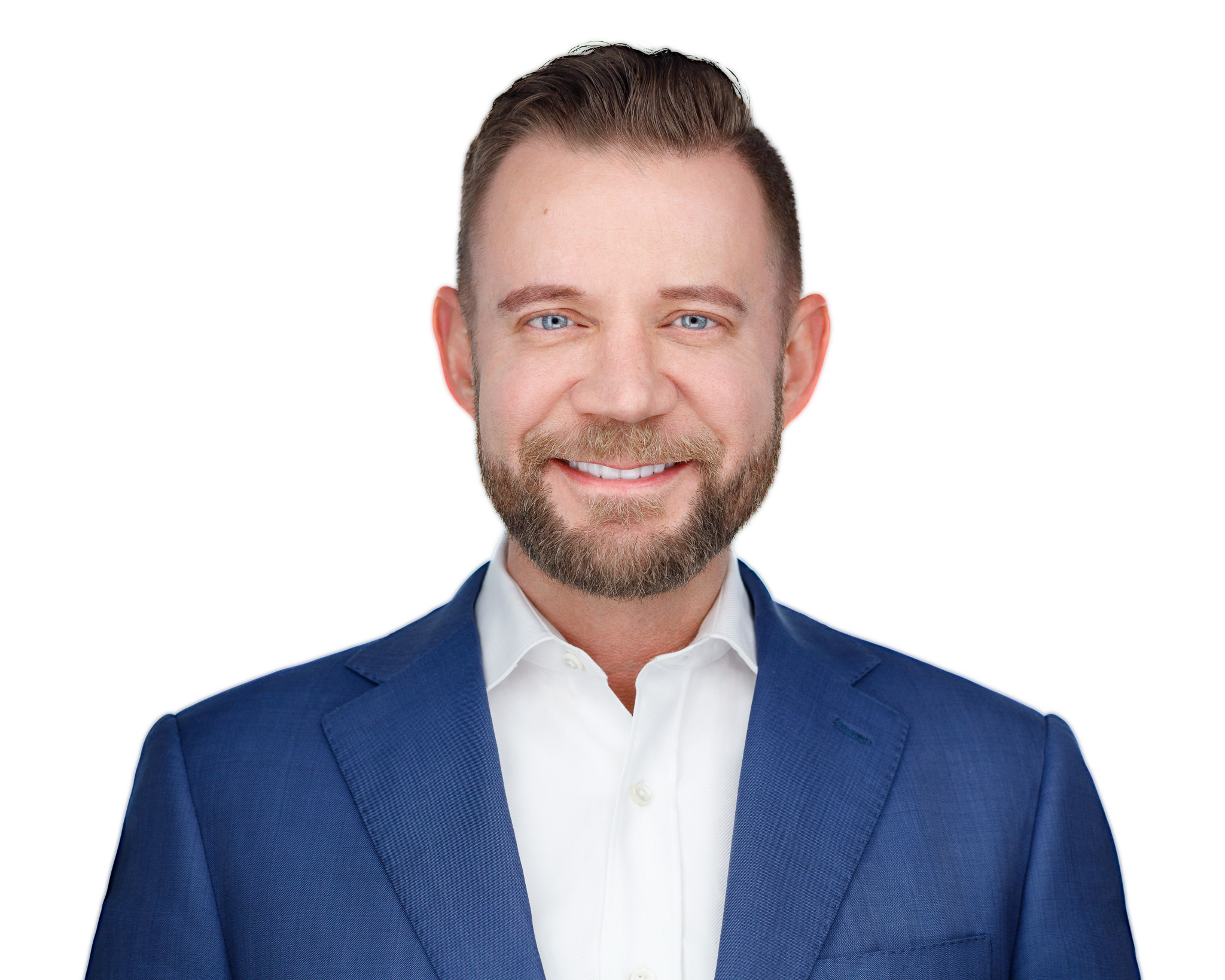 Garrett serves as a Managing Director and leader of Intrinsic’s Transaction Opinions practice. He focuses on the growth and development of the Transaction Opinions practice, managing relationships with private equity professionals, attorneys, and corporate directors and executives. Garrett leverages nearly 20 years of professional experience in transaction, investment, and litigation consulting to advise clients on M&A, debt financing, and related party transactions. His expertise covers a broad range of industries including airlines, agriculture, consumer products, energy, financial services, healthcare, hospitality, manufacturing, maritime shipping, mining, real estate, software, and technology. Throughout his career, Garrett has been involved in hundreds of transactions as an investor, advisor, consultant, or expert witness.

Prior to joining Intrinsic, Garrett was a Managing Director and a member of the Fairness & Solvency Opinion Committee at FTI Consulting, where he worked with attorneys, private equity professionals, and corporate directors and executives on valuation and dispute engagements. Previously, Garrett spent several years at RGL Forensics & Advisors (now part of Baker Tilly), a global forensic accounting and middle-market advisory firm. While there, he assisted corporate executives, attorneys, and middle-market companies in forensic accounting, litigation, and advisory engagements across various industries. Prior to this, Garrett spent many years as the Chief Investment Officer and President of Sirius Advisors, an SEC-registered investment advisor managing as much as $600 million in public markets globally. Garrett began his career as an analyst at Cascade Investment, the firm which invests the endowment of the Bill & Melinda Gates Foundation and the personal wealth of William H. Gates III.